Brandeis has received five separate gifts totaling $16.5 million, a surge of investment that will be transformative in helping the university define its long-term academic priorities. This generosity contributed to a banner fundraising year in which the university raised a total of $94 million.

Of the gifts, four will support faculty chairs, one each in African and African American studies, mathematics, Israeli politics and society, and business. The fifth gift will create an endowed position to lead an integrated center for Jewish studies.

All five donations were made independently of one another, and three of the endowed professorships came from alumnae. “It is inspiring to see alumnae playing such an important role in shaping our future and strengthening our academic endeavor,” said President Ron Liebowitz. “It speaks well to a growing culture of philanthropy and engagement here that we have foundations, individual philanthropists, and graduates all investing in the university’s future. We are grateful for this collective support.”

“This support will allow the university to recruit the highest caliber educators, attract and retain students demanding the most rigorous academic opportunities, and embolden our faculty to pursue new and emerging avenues of research,” she said. “Brandeis is already a leading voice in the most important academic conversations. Now, we are set up to contribute even more meaningfully to these dialogues, long into the future.”

Here’s what you need to know about the benefactors behind the five professorships and the impact their generosity will have for years to come.

The Bonnie Berger ’83 and Tom Leighton Endowed Professorship in Mathematics

Lavine Family Professor and Director of the Center for Jewish Studies

The Bonnie Berger ’83 and Tom Leighton Endowed Professorship in Mathematics

The Berger-Leighton Endowed Professorship will advance the department’s research missions, enabling it to recruit high-caliber junior faculty and attract and retain more undergraduate and graduate students. The incumbent chairholder will be a distinguished junior faculty member of the department.

For Berger, endowing a chair carries personal significance, but she’s most excited for what this means for the future of the department.

“My time at Brandeis really helped shape my love of exploring and pushing the boundaries of mathematics,” she said. “We are so excited now to be able to help shape the future of mathematical study and research and inspire a new generation of mathematicians.”

Read more about their gift

A recent gift from Barbara E. Clarke, IBS MA’91, a visionary economist, investor, and entrepreneur, will establish a Distinguished Brandeis Faculty Chair in Business at the Brandeis International Business School. A leading investor in women-led technology startups, Clarke is now investing in Brandeis, with the goal of increasing diversity among the school’s faculty.

Specifically, the endowed fund will support a senior university faculty member who concentrates their teaching and research in the fields of business, finance, and economics, and who is from an historically underrepresented population relative to the field.

Clarke founded The Impact Seat in 2015. The Boston-based consultancy focuses on driving inclusive innovation. She also launched The Impact Seat Foundation last year “to create a world in which women, particularly women of color, succeed as business leaders,” according to the foundation’s website.

Clarke said her time at Brandeis was transformative.

“My Brandeis experience helped launch my career and the university’s commitment to social justice still resonates with me today,” said Clarke. “The proof is in the data: Diverse teams consistently outperform monoculture teams. It’s important for me to increase inclusion and representation in all industries, including higher education. This gift is a way to help achieve that goal while simultaneously giving back to Brandeis.”

Read more about her gift

The Raymond Frankel Endowed Chair in Israeli Politics and Society

As president of the Raymond Frankel Foundation, and daughter of its founder, Belinda Frankel played a key role in propelling forward a generous contribution to establish the Raymond Frankel Chair in Israeli Politics and Society in the Crown Center for Middle East Studies.

“Our family could not be more proud in knowing that our father’s name will forever be linked with the Crown Center and Brandeis University in such an important way,” said Frankel. “The Frankel Chair in Israeli Politics and Society connects my father’s life-long passion for scholarship, Israel’s well-being, and deep thinking in matters of national security in countless ways that will greatly benefit students and scholars for many years to come.”

The Crown Center conducts balanced and dispassionate research of the modern Middle East at the pinnacle of academic standards in order to help decision- and opinion-makers be better informed about the region. The center’s research spans the 22 members of the Arab League as well as Turkey, Iran, and Israel, with a multi-disciplinary approach in its study of the politics, economics, history, security, sociology, and anthropology of the region’s states and societies.

The university is additionally appreciative of Allan Myer, who serves on both the Crown Center’s advisory board as well as on the board of the Frankel Foundation, for working to advance the missions of both organizations through this synergistic gift.

Shai Feldman, the founding director of the Crown Center, will serve as the first Frankel chair-holder and assume the position on September 1.

Brandeis will establish an endowed professorship in African and African American studies, the first in the department’s 50-year history, thanks to a recent gift from Marta Kauffman ’78, H’20, an acclaimed television writer and producer best known for co-creating the hit sitcoms “Friends” and “Grace and Frankie.”

The Marta F. Kauffman ’78 Professorship in African and African American Studies will support a distinguished scholar with a concentration in the study of the peoples and cultures of Africa and the African diaspora.

In addition to aligning with the university’s Framework for the Future, the chair will also enable the department to recruit and retain high-caliber scholars and faculty for continued leadership in the field, allow for continued growth and investment in areas of critical need, provide a public platform for faculty leaders, and attract and retain more students with scholarship and civic participation opportunities.

Kauffman noted the true value of her support exists in “the chance of really transforming, not only the school, but students’ lives.”

“These professors are teaching these students who then go out into the world and they do good work, and they run for office, and they teach other people,” she said. “You’re giving not only for the health and longevity of the department, but also for the future.”

Read more about her gift

As philanthropic leaders and trustees of the Crimson Lion/Lavine Family Foundation, Jeannie and Jonathan Lavine have improved countless lives and communities through their support for social justice, health care, youth and education, and Jewish causes. The pair recently pledged their support to establish the Lavine Family Professor and Director of the Brandeis Center for Jewish Studies. In keeping with founding president Abram L. Sachar’s promise that Brandeis would be “vitally concerned with Jewish studies,” the new directorship will promote collaboration among faculty and researchers across campus who conduct research on and teach about Jewish history, culture, religion, politics, gender, business, and the state of Israel.

“The time is ripe to bring together Brandeis’ unparalleled set of academic resources devoted to the study and professional practice of Jewish peoplehood,” said Fierke, "that includes more than 35 faculty members and researchers, two degree-granting programs, and six research centers and institutes. The enhanced synergy between these disparate units will enhance the impact and reach of our academic mission."

The director will play a significant role in unifying these outstanding programs as they seek out answers to major questions related to the Jewish experience, engage the broader public in those explorations, and position Brandeis as the place where American Jewry turns to grapple with and better understand the most pressing issues they and Judaism at-large face. 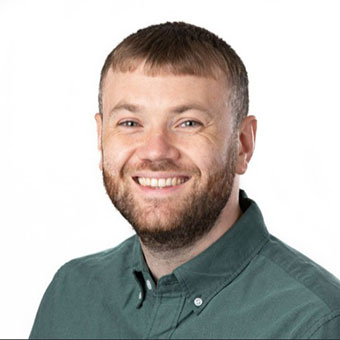