The late Professor Robert Stevenson “was pivotal in my life,” says Elaine Yamaguchi ’71. She hopes the fund will provide career guidance as well as support for research.

As Elaine Yamaguchi ’71 likes to say, her late Brandeis mentor Professor Robert Stevenson “knew I was going to be an organic chemist before I did.” A Yale University PhD and retired senior chemist for the Chevron Corporation, she recalls the day near the end of her sophomore year when Stevenson invited her to work in his lab. She loved being in the lab and she loved Stevenson’s organic chemistry class, which was populated largely by pre-med students fulfilling a requirement. She said yes, working with Stevenson until her graduation, and the two remained friends until his death in 2019 at age 91. “He was pivotal in my life,” says Yamaguchi, who recently honored the late professor with a $100,000 gift to establish an undergraduate memorial fund in his name. She would like the fund to support both research and helping students master non-academic but crucial career skills such as interviewing and networking.

A Path to a Meaningful Career

“Dr. Stevenson was absolutely responsible for my becoming an organic chemist,” says Yamaguchi, who grew up in what was a rural area in Fresno, California, and went on to have a 34-year career as a scientist for Chevron. As a mentor Stevenson had a light touch; he was supportive when Yamaguchi made mistakes but he never told her what to do. “Instead he put me on a path so that I could grow,” Yamaguchi says. “I don’t know where I’d be if he didn’t point me in this direction; that was pretty insightful of him.” Brandeis provided the right environment to make this happen.

Yamaguchi’s eyes light up when she speaks about her work at Chevron. She fell in love with a highly specialized but crucial field: the study of surfaces and lubricant additives. The science combines physics and chemistry, and Yamaguchi is happy to explain it. Surface science involves the study of interfaces between solids and liquids, or solids and gases, and plays a role in the creation of and innovations in everything from semiconductors to fuel cells to pharmaceuticals. Yamaguchi’s work focused on the role of lubricants in these interfaces, specifically in automotive applications. “You can take the most deadly dull-sounding subject — lubricant oil and surfaces — and realize, as I did, that’s where the action is!” she says.

Over the years, Yamaguchi would meet up with Stevenson at American Chemical Society meetings and during visits to the East Coast. As her mentor sank deeper into dementia, she continued to visit and brighten his day even after he no longer recognized her. She has known his son and daughter since they were little and remains in touch with his daughter, Liz.

Do you have a Brandeis mentor who made an impact on your life? Honor your mentor by sharing your story.

Having benefited so deeply from having a devoted mentor, Yamaguchi made mentoring a driving force in her own life. For more than four decades she has coordinated a program through the ACS that pairs disadvantaged high school chemistry students with paid summer jobs in labs. Project SEED (Summer Experiences for the Economically Disadvantaged) enables these students to work for up to 10 weeks during the summer in industrial, government or academic laboratories, with real scientists serving as their mentors. Student participants learn about careers in chemistry and receive mentoring in college preparation and professional development. Yamaguchi’s bond with Stevenson is echoed in the many long-term friendships she maintains with former SEED students. “I’ve been the coordinator for 40 years and have known one student for all those years,” says Yamaguchi, who is retired after 34 years as a scientist. In fact, Yamaguchi said her role in SEED “gave me the idea of what I want the memorial fund to look like. ACS holds poster sessions with mock interviews and teaches students how to network at their national meetings. I said to myself, that skill isn’t really taught in universities. Maybe the fund could have a research component and allow beneficiaries to present their research at ACS meetings where there are also courses that teach these skills.”

A warm, spirited woman with a mischievous laugh, Yamaguchi has long opened her heart and her home to students who love science as much as she does. Many of her mentees are female which is in sharp contrast to her start in the field; when she entered a doctoral program in organic chemistry at Yale University, she was the lone woman in her cohort.

Yamaguchi continues her own mentoring and retains a spry attitude despite being diagnosed in 2019 with a rare auto-immune disorder, a wasting disease that is characterized by extreme sun-sensitivity. “As long as I’m alive I can do this work,” says Yamaguchi, who is learning to navigate an extremely rare illness.

All these years later, Yamaguchi remains modest when talking about that day Stevenson picked her out of the crowd to join his lab. She wasn’t sure what he saw in her. But the rest, she says, is history.

Did you know alumni can register to mentor students and fellow alumni online? Join the Rise Together Network on B Connect to learn more. 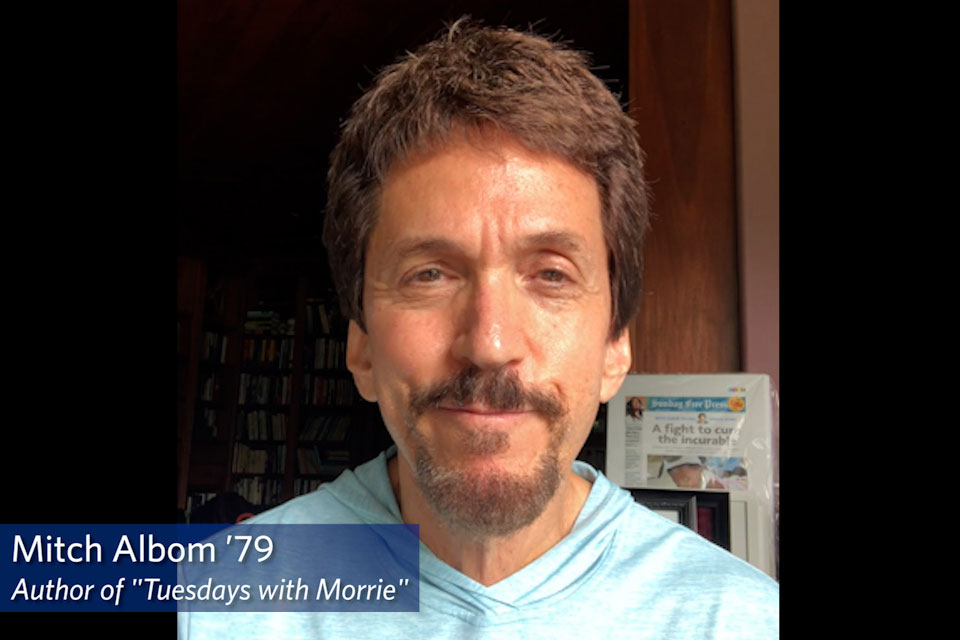 Finding Empowerment and Inspiration in the Lab

For Alana Hodson ’19, the Calling to a Career in Research Was Personal
More Alumni Stories