Frank Brandeis Gilbert, H’16, a greatly revered member of the Brandeis family and the grandson of U.S. Supreme Court Justice Louis Dembitz Brandeis, died on May 14 at 91.

As a leader in historic preservation, an avid philanthropist and a devoted friend of Brandeis University, Gilbert's loss will be deeply felt across campus.

“Frank was a steadfast supporter of the university since its earliest years,” said President Ron Liebowitz.

“He delighted in serving as a personal representation of our institution’s connection to his grandfather Justice Louis Brandeis and in sharing in our lasting commitment to illuminating the legacy and values of our preeminent namesake. He was a treasured friend of the university who I truly enjoyed getting to know, and he will be sorely missed.”

Gilbert was an attorney and a highly respected leader in historic preservation. Because of his efforts, many irreplaceable historic sites, buildings and districts in cities across the country are now preserved and protected.

In 1965, Gilbert helped establish the New York City Landmarks Preservation Commission, serving as its secretary until 1972 and then as its executive director until 1974. He was a key player in the creation of historic districts in Greenwich Village and SoHo and helped the effort to prevent a developer from erecting a 55-story tower atop Grand Central Terminal. The U.S. Supreme Court ultimately declared New York City’s landmarks preservation law constitutional and upheld the Landmarks Preservation Commission’s rejection of the tower plan.

Gilbert served as the landmarks and preservation law chief counsel at the National Trust for Historic Preservation from 1975 to 1984 and as the senior field representative from 1984 to 2010. At the National Trust, he provided consulting services to more than 100 U.S. cities, focusing on making their historic preservation programs more active and effective. He also worked with the Getty Conservation Institute to plan for Los Angeles’ first comprehensive survey of its historic buildings and districts.

As avid philanthropists, Gilbert and his beloved wife, Ann, have long been generous supporters of Brandeis, establishing the Ann and Frank Brandeis Gilbert Endowed Scholarship. In addition, they have supported the library, professorships, research and department funds, and donated important Justice Brandeis memorabilia to the university, including handwritten law-school notebooks, his Harvard law school diploma and a derby hat with his name embroidered into the lining.

Gilbert was not only a generous donor but an enthusiastic and consistently engaged member of the Brandeis community. He was a member of the Board of Fellows and received an honorary degree in 2016, and he attended countless Brandeis events and milestones whenever he was able. He is held in fond regard by everyone and will be remembered as a gentle and kind man who was proud of Brandeis and its important connection to his grandfather.

Louisa Brandeis Popkin, Gilbert’s niece, shared heartfelt memories about her uncle: “It is hard to describe the special relationship that my sisters and I had with him. Raised nearby and remaining connected over the years, we developed a unique bond, one that others might see as uncommon for nieces and uncles. He taught us a multitude of important lessons that we will always remember: be kind, be discrete, be thoughtful, listen often, read often, travel often, avoid judgment, avoid unnecessary conflict, embrace life, embrace humor, embrace love and, most of all, embrace family.”

Just a few months ago, Gilbert shared a fond memory with Brandeis Magazine, recalling boyhood summers he spent at the family residence on Cape Cod and the special deliveries he made to his grandfather each day.

Donations in Gilbert’s memory may be made online to the Ann and Frank Brandeis Gilbert Endowed Scholarship. Enter the scholarship name in the "Preferred Designation" field. You may also indicate that it is a memorial gift and include related information. For questions or other ways to give to this fund, please call 800-333-1948 or email giving@brandeis.edu.

Hats Off to the Louis Brandeis Family

Honoring Our History with a Quiet Revolution 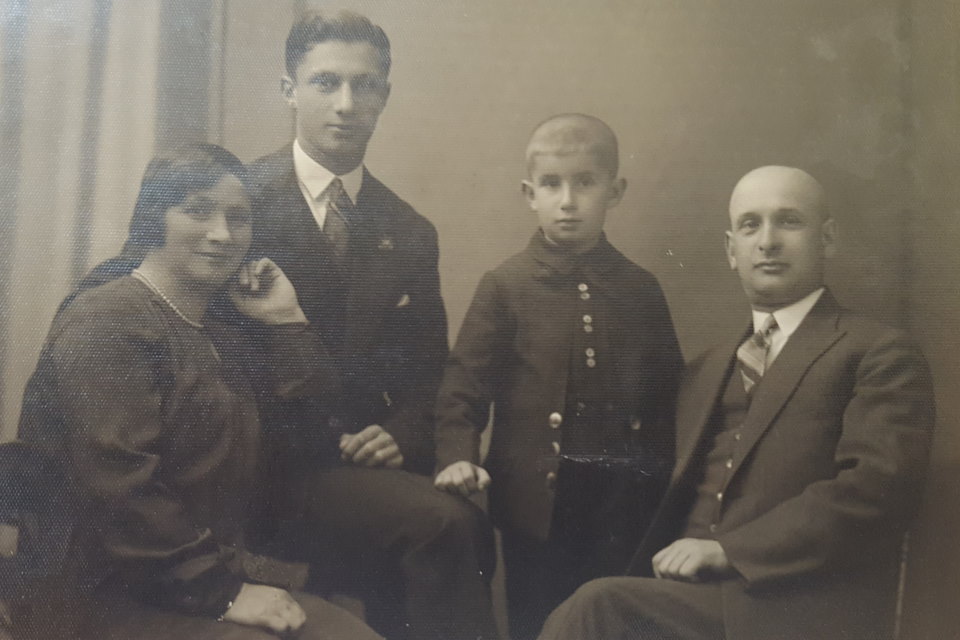